Jack Henderson, who died on 28th February, was one of my teachers at Birkdale School for the Deaf, Southport, England.

In my book Same Spirit Different Team,  I paid tribute to my PE teacher at Mary Hare, Chris Gwynn for being my role model in sports coaching. But, Jack Henderson, was another massive influence and I would like to make my small tribute to him here.

My education started at Oakwood Avenue Primary down the road from where I lived and Physical Education was a very confusing subject. Although I enjoyed the physical energy of the activities, playing rounders, swimming and achieving BAGA gymnastics badges, I never really understood what I was doing, or why.

Now, football – it was not on the PE curriculum until we were in the Juniors (the last three years of Primary) and I pestered my Mum for a pair of George Best’s Matchmaker boots. The one’s made from the smooth black material and the red interior lining and George’s signature on the outside. They were my prized possession and couldn’t wait for my first football lesson. 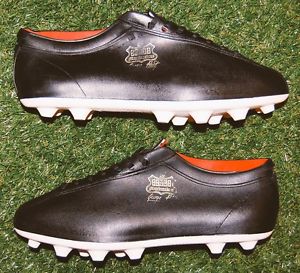 My short-lived, pride and joys!

The lesson came soon enough and I proudly donned my green football kit and boots. I remember getting stuck in and chasing the ball, tacking other players. The teacher suddenly stopped the game, came up to me and said something about playing the game wrongly, stop following the ball, stop trying to take it off everybody and at that point, he sent me off to the sidelines for the rest of the lesson and never spoke to me again. Well, that was it, my enthusiasm for football at school had been crushed, I took no further interest in it.

Cutting a long story short, I spent the last two years of Junior school at Birkdale School. I had to board there during the week and used to get extremely homesick. During the weekends at home,  I would throw my uniform and hearing aids in the bin only for my poor Mum to extract and clean. What a terror I must have been.

But it was PE lessons with Jack that reawakened my sense of self-confidence and pride. His swimming lessons were well organised and I had a lot of catching up to do as my classmates were very competent swimmers.

I made it into the school football teams, because Jack was able to explain the game to us and we all understood our positions and roles in the team. But most of all, I looked forward to the cross county runs on the Ainsdale/Formby sand-dunes and the mid-week evening  runs with the local athletics club. I cherish fond memories of dark nights, cold salty wind blowing off the Irish Sea and the yellow glare of the street lamps of the coastal road dipping in and out of view as we scaled and descended the dunes.

I don’t remember very much about what Jack used to say to us, but it was his high energy and positive enthusiasm for everything that he did that inspired me to love sport again for the benefits that it can bring. I am sure that same sense of fun shone through at the school reunions, which I regret to have missed.

Years later, when I was teaching deaf children in London, I caught up with Jack again on brief occasions through the National Deaf Schools Sports Association of which he was a stalwart organiser of events. I was able to call on his counsel from time to time during my teaching career.

I have just been reading many Facebook testimonials from other people who were taught by Jack. It is incredible to see how he kept in contact with as many people as possible long after we had left school and long after he had ‘retired’. The photos in this post are courtesy of the Birkdale Reunion Association.

Jack at the finishing line with a colleague on school sports day. (courtesy of Mark Bollard, BRA)

I count myself extremely lucky to have crossed paths with such a wonderful human being who has finally reached the “finishing line”, RIP Jack Henderson.